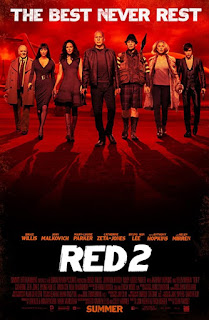 RED 2 (2013)
PG-13 | 1h 56min | Action, Adventure, Comedy | 19 July 2013 (USA)
Director: Dean Parisot
Writers: Jon Hoeber, Erich Hoeber
Stars: Bruce Willis, Helen Mirren, John Malkovich
Story:
Retired C.I.A. Agent Frank Moses (Bruce Willis) is in love with Sarah Ross (Mary-Louise Parker) and enjoying their normal life. Out of the blue, Marvin Boggs (John Malkovich) meets Frank in the supermarket and tells that Wikileaks has released the information that they had participated and know the whereabouts of the Nightshade, a portable nuclear weapon that was smuggled in pieces and hidden in Russia. Now the top agents in the world are under contract to seek them out to discover where Nightshade is. The trio travels to Paris and teams-up with the Russian Katja (Catherine Zeta-Jones) to track down the former Russian Agent “The Frog” (David Thewlis) to get more information about the operation. They learn that the brilliant inventor Dr. Edward Bailey (Sir Anthony Hopkins) might know where the weapon is. They discover that Bailey has been interned in an asylum in London by the MI6 for thirty-two years and the British Victoria (Dame Helen Mirren) joins the team. They rescue Bailey and … 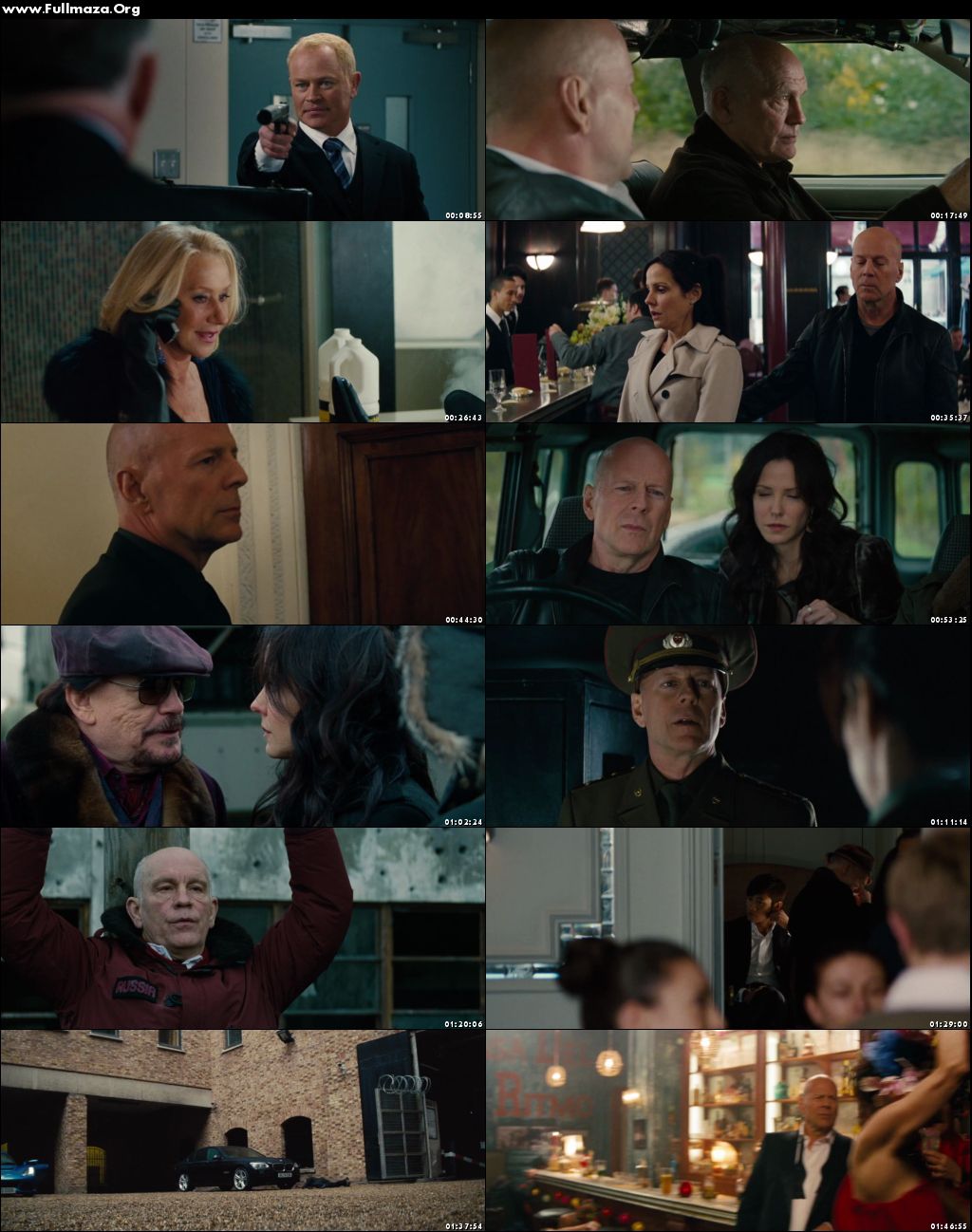